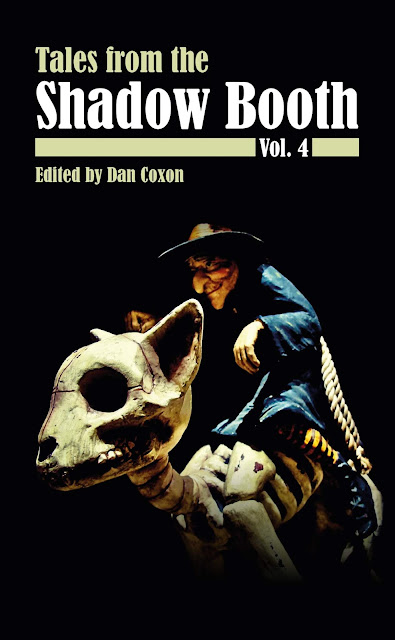 It's as Peter begins to wade into the tarn that he spies the strange canvas structure at the edge of the trees. It looks like an abandoned Punch & Judy booth, he thinks, but dirty and tired, stained black with mould. Ignoring the water licking cold about his ankles, he squints to read the crimson scrawl on the plank propped against it. Enter the Shadow Booth, it says, and you will never be the same again.

The Shadow Booth is an international journal of weird and eerie fiction, publishing emerging and established writers of the strange. Drawing its inspiration from the likes of Thomas Ligotti and Robert Aickman, The Shadow Booth explores that dark, murky hinterland between mainstream horror and literary fiction.