'Feasting; Fasting', 'Cave Venus et Stellas' and a note on 'The Shadow Babies' 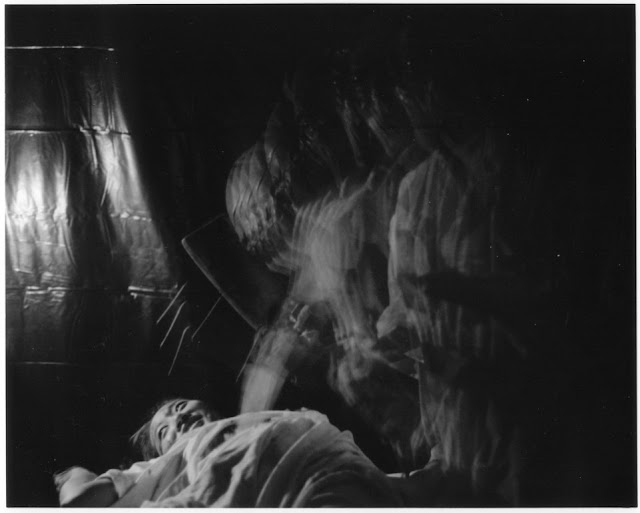 'FEASTING; FASTING', 'CAVE VENUS ET STELLAS' AND A NOTE ON 'THE SHADOW BABIES'


These two (short) short stories are included in Volume 2 of The Shadow Booth, and here’s a little about what I was thinking when I wrote them.

You may already have seen my memoir piece ‘The Shadow Babies’ on this site; here - and aren’t you glad it’s not you having to face these terrifying sawdust people whose crimes go hidden and whose auspice is deflected by graciousness? - and in the short stories, I am thinking about what lies beneath or within. We may associate the weird or eerie with gothic tropes and, thereby, with something fantastical, and so remote; my point, though, is that they are everywhere. All around us - yes, in a lovely Victorian house open to neighbours and tea parties - is a compaction of horror that people refuse to see. That is what I was exploring in the ‘The Shadow Babies’.

In all three pieces, I am using gothic to satirise, for satire has always seemed a core function of the gothic, to me. I want to extend those possibilities to weird and eerie fiction. In the memoir, I’m writing about something that frightens and unsettles me, but it isn’t really even the dolls with their pampered alabaster faces that do it; it’s the moral abnegation that I see behind attitudes which raise the smiling dead to a higher platform than the mother without a mother or the child who is not always in quiet obeyance, but needs your love and protection. I am saying, ‘You are not seeing this place and this thing right and should open your heart to the trauma you are causing.’ I suppose I want to scream about the niggardly and self-serving attitudes that can lie just behind the sharp teeth of graciousness and polite company and I find its incipient haunting repugnant. What I want is a proper ghost.

For the story ‘Feasting; Fasting’, I had a notion of a woman used as chattel and accoutrement, taken by a man of proud and conspicuous consumption; there, again, it’s satire. Dan Coxon sensibly counselled me (with a red pen) about the original end of this one because it was too bluntly moralistic… and the moral of this story is… Instead, you are led to imagine just what happens to this proud owner of a fine old house that was not his to take and who thought only of his own satisfaction. Also, I was pondering the notion that for the quite alone there may be a way to be less so, and company is not always where you think. In the memoir and in this piece I carry - as I always carry - the idea of a good haunting. I do not know if it is the melancholy Welsh side of me that informs me most here or the fact that a good part of my life from childhood onwards has been shaped by illness and loss, but I am starkly and joyously morbid and I speak of the dead as I do of the living, and not only because I believe in heaven. It’s because I see them, hear them and feel them in my storied memories, remembered words and poetry and threaded through the landscape. They are kind to me and when the world is not, I recede into this world - darkness, if you like, but I shall say it’s an indigo twilight - and abide there. This may make no sense to you! This is the comfort the house (no spoilers yet) gives to the woman who is only her husband’s baggage. Lastly, for ‘Feasting; Fasting’, think about the title: who is feasting and who is fasting? Do the intemperate and the unfed change places, and why? As retribution for pride? You’ll have to see. And is the house itself a respiring sentient thing or is there something else at play here, or a combination? I love old buildings and was inspired partly by the setting of Angela Carter’s ‘The Lady of the House of Love’ in her collection The Bloody Chamber. A vast house in a Romanian village; here, a great French house in a village; quiet all around and comes a visitor…

In ‘Cave Venus et Stellas’, I had in mind a suburban street. I do think that strangeness is everywhere and I have seen some terrifying things in Sevenoaks, let me tell you. Such as the bloodiest most horrific funeral I ever went to, which was all of a piece; gracious - but a stealing of all that was good for the most appalling personal gain followed by exquisite cupcakes. And we’re back to satire, aren’t we? No one, as with the nasty giant dolls, ‘strong from getting all the love’ in ‘The Shadow Babies’, said anything; it’s too much to tangle with. I’m not one, much to my peril, who can go quietly and not tangle. With the surrogate children of ‘The Shadow Babies’ in Georgia and the stolen funeral of Sevenoaks I mentioned, up came a howl within me that was half anger, half laughter, but all outrage. How can you steal someone’s funeral and, in the process, appropriate and control their life story and the memories handed on? Oh, you can. How can a lovely house, on a quiet suburban street, in which lives a fine-mannered beautiful lady, house annihilation and you not see it until it’s too late? Well, you remember the Angela Carter story I mentioned: the beautiful queen of the vampires. She is so lonely, so sad, so gorgeous, but if you look more closely the depredation is staggering and you are at the place of annihilation. In my story, someone is flattered and fails to read the signs and symbols - the shapes on the floor; the myriad stars that make his head spin, the Latin that tells him to beware (and he could ask, because he is feeling the effects of being in this house, what it means in English and why it is inscribed). He is lulled into stupefaction by beautiful things, but then Lucifer, before his fall (I am paraphrasing Milton in Paradise Lost) shone like the morning star and more brightly than the other angels.

And finally, both these stories are about eating and consuming, both literally and figuratively: there is something frightening about the idea of being taken, held and consumed, is there not? Or about repurposed for someone else’s ends - as at the Sevenoaks funeral I mentioned and the dolls that stand as effigies better than the live child in ‘Shadow Babies’. I hope you enjoy the stories in The Shadow Booth: Vol. 2, but beware a ‘tune to lead you up the tenebrous dark spiral staircase of the self’.

Anna Vaught is a novelist, poet, essayist, reviewer and editor. She is also a secondary English teacher, tutor and mentor to young people, mental health campaigner, volunteer and mum to a large brood. Her books, for Patrician Press, are Killing Hapless Ally, a semi-autobiographical novel (2016) and novella, The Life of Almost (2018, published this autumn). For the same press she has co-edited the anthology My Europe (2018) and is editing Tempest, an anthology of writings about dystopias (2019). Anna's novel Saving Lucia, about Violet Gibson, the Irish aristocrat who shot Mussolini, and Lucia Joyce, daughter of James Joyce, will be published by Bluemoose in 2020. She is currently writing her fourth novel, a Southern Gothic called The Hollows and contributing to, among others, Litro, Review31, Visual Verse, Losslit, Writers and Artists and Contemporary Small Press. Two of her flash fictions appear in The Shadow Booth: Vol. 2. Her poetry is published by Patrician and Emma presses. Anna is a lover and champion of the independent presses of the British Isles!