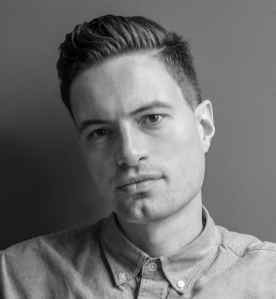 We have an extra Author Spotlight today, on Timothy J. Jarvis. Not only does his story 'What the Bones Told Hecate Shrike' appear in The Shadow Booth: Vol. 1, but Tim will be reading alongside Gary Budden and Daniel Carpenter at Listen Softly London tomorrow (Sunday 22 October, 2017). If you're near London, make sure to go along!

Timothy J. Jarvis is a writer, scholar, and teacher of Creative Writing with an interest in the antic, the weird, the strange. His first novel, The Wanderer, was published by Perfect Edge Books in the summer of 2014. His short-fiction has appeared in Murder Ballads, Booklore, Uncertainties: Volume I, Caledonia Dreamin’: Strange Fiction of Scottish Descent, 3:AM Magazine, and Leviathan 4: Cities, among other places. He is also interested in drone and ambient music and has collaborated with sound artists on sleeve notes and performance. In 2012, he was shortlisted for the Lightship International Short Fiction Prize. He currently lives in Bedford, a small town in the hallowed/cursed M1 corridor.

And remember to pre-order your copy of Shadow Booth: Vol. 1 now, before the crowdfunding ends! Copies will be mailed out in December.