October 03, 2017
As promised, we're continuing to profile the authors in Volume 1 of The Shadow Booth here on the blog. Please also remember that we're still currently crowdfunding - please check us out on Kickstarter and pre-order your copy! 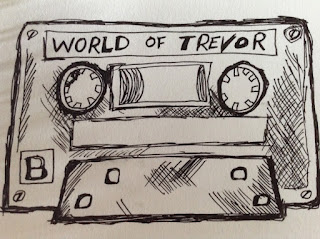 Today it's the turn of Stephen Hargadon. Stephen’s distinctive stories have appeared in Structo, Popshot Magazine, LossLit, the Irish Post and Black Static. It was in Black Static that his first story, 'World of Trevor', was published, and he has been a regular in those pages ever since. Helen Marshall has described his stories as 'strange beasts: wise, witty, and wonderfully dark. Each one is a thing entirely of its own kind, capable of surprising as much in the first reading as in the second and third.'

He has written on Julian Maclaren Ross for Thresholds, the international short story forum, while 'Just Browsing', a well-received essay on the joys of second-hand bookshops, was published on the Litro website. In 2016 he was runner-up in the Irish Post short story competition and in 2017 he was shortlisted for the Observer / Anthony Burgess Prize for arts journalism. He has an MA in Creative Writing from Manchester Metropolitan University. He continues to write short stories and has just finished his first novel.

Stephen's story 'A Short History of Tedium' will appear in The Shadow Booth: Vol. 1, which can be ordered here.