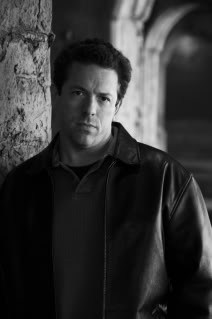 The latest in our series of author features focuses on Richard Thomas, whose story 'White Picket Fences' appears in The Shadow Booth: Vol. 1.

He is also the editor of four anthologies: The New Black and Exigencies (Dark House Press), The Lineup: 20 Provocative Women Writers (Black Lawrence Press) and Burnt Tongues (Medallion Press) with Chuck Palahniuk. He has been nominated for the Bram Stoker, Shirley Jackson and Thriller awards. In his spare time he is a columnist at LitReactor and Editor-in-Chief at Gamut Magazine. His agent is Paula Munier at Talcott Notch. For more information visit www.whatdoesnotkillme.com.

And remember - please show your support for The Shadow Booth by pre-ordering a copy! The crowdfunding for Volume 1 is happening now, until 25 October. Order a copy here.